Is It Really Okay Not to Be Okay? 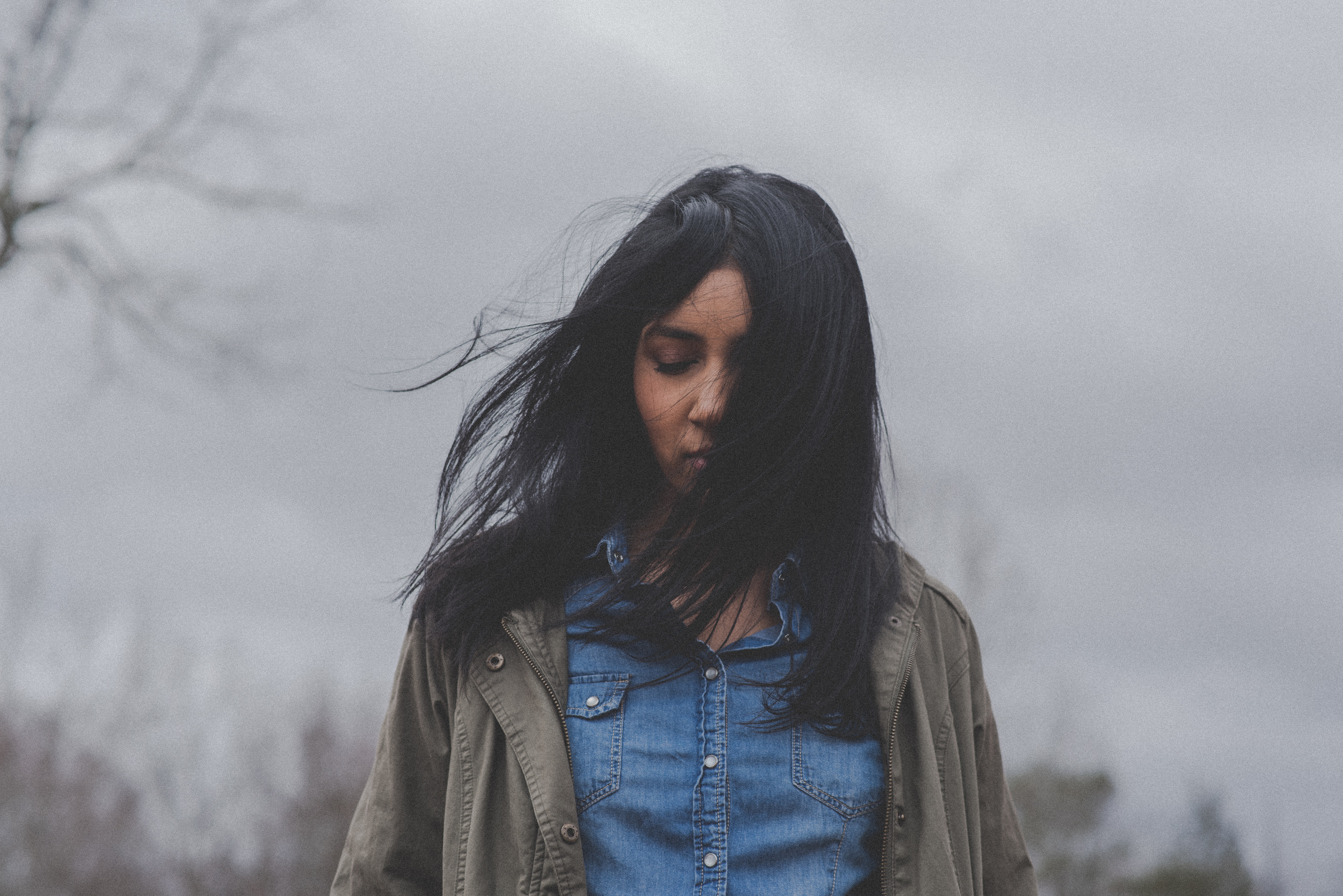 Psalm 13:1 says, “How long, O LORD? Will You forget me forever? How long will You hide Your face from me?” I was discussing this verse with a Christian friend recently, and it quickly became apparent that we were viewing it from two different perspectives.

One of us thought David was out of line. After all, God had not forgotten him! What right had He to criticize God like that? He should have been thinking truth!

The other person thought David’s prayer was perfectly appropriate. After all, it is recorded in the Bible for all of Israel and future generations of Christians to sing!

So, who is right? After further reflection, I’d like to suggest that we both were.

On the one hand, David is clearly not okay. He’s doubting God. He’s depressed. He feels abandoned, rejected by God, anxious, sorrowful, and defeated. To put it lightly, he’s really struggling. Is it intrinsically sinful for David to feel this way? Probably not, although these kinds of feelings could easily lead to sinful choices. However, is David in a healthy place spiritually? The answer is undoubtedly, “No,” nor does God intend for him to remain in this condition.

On the other hand, David’s response to his situation is far from the “curse God and die” of Job 2:9. Notice that this Psalm is a prayer. David is taking his deepest problems straight to the only one who can solve them, and his prayer is memorialized as a pattern for future generations of believers to follow.

What’s the point? It’s okay not to be okay as long as you’re seeking grace.

This is a truth we find over and over again in Scripture. For instance, in Mark 2:13-17, Levi hosts a feast for Jesus in which many “tax collectors and sinners” are present. The word “sinner” here probably refers to some kind of notable sinner, since all of us are sinners in the general sense. Is it okay to be a notable sinner? Obviously not. And yet, at least in some sense, Jesus is okay with these people. After all, He’s eating with them! He did not turn up His nose and walk away from them like the Pharisees would have done. Commentator James A. Brooks calls the idea that Jesus would eat with this crowd “scandalous,” given the fact that “in Semitic society, table fellowship was one of the most intimate expressions of friendship.”

Why was Jesus okay with these people? He gives His answer in v. 17: “Those who are well have no need of a physician, but those who are sick. I did not come to call the righteous, but sinners, to repentance.” Jesus viewed Himself as a physician, and doctors have to hang out with sick people.

These passages and others like them have massive ramifications for the church. If the church is at least in some sense a hospital for sinners, then we have got to foster a culture in which it’s okay not to be okay, as long as you’re seeking God.

But this is easier said than done.

Human nature tends strongly toward shame and self-effort. When confronted with our own ugly brokenness, our first response is usually to cover it up and pretend like everything is okay. That’s why Adam and Eve made coverings for themselves in the Garden after they had sinned (Gen 2:7)!

But in addition to covering our sin, we also try to make up for it with self-effort. We like to think of ourselves as good people who can make up for our own insufficiencies by “trying a little harder next time.” This is the sinful mindset that motivated chapters 1-3 of the book of Romans. We’d rather do just about anything than admit we’re not okay!

Nor does this sinful tendency somehow evaporate at the point of salvation! That’s why John must encourage Christian his readers to “confess their sins” in 1 John 1:9. Simply put, if we do not actively cultivate an atmosphere in which it is okay not to be okay, we will always end up with the opposite—either bold-faced or implicit legalism. People will come to church every week wearing not only their Sunday clothes but their Sunday faces. They will look around at how everyone else is acting, and they will try to fit in. They will tell themselves that the problem with them is that they just need to try harder. They will cover themselves and pretend like everything is okay.

As a result, their evangelism or Christian growth will be stunted, because the effort that should have gone into understanding the gospel or fighting sin will be funneled into hiding it. People will not speak truth into each other’s lives in meaningful ways because they won’t know what to talk about. Some people may leave the church because they feel like “I don’t fit in here. None of these people have any problems.” Pastors will not know where to focus their energies until the bomb goes off and they’re forced to play clean up. And worst of all, we will miss opportunities to see the glorious grace of God in action—that grace “that is greater than all our sin.”

So what do we do about it? We must work together to foster a church culture in which it’s okay not to be okay.

First, we must foster a culture that values humble confession. Of course, this involves asking God and others for forgiveness when I’ve sinned against them. However, confession also involves a willingness to be open about my own sin struggles in appropriate ways with people I haven’t sinned against in order to pursue my own edification or the edification of others.

I pursue my own edification when I confess my sin struggles to a pastor or some other Christian leader or friend who can help me through them. Sin is not meant to be dealt with alone. It thrives on secrecy. Get that sin out in the open, and you will be surprised at how much easier it is to fight!

I pursue the edification of others when I admit my own sin struggles in appropriate ways in order to point others to God’s grace. For a pastor, this may mean using myself as a negative sermon illustration by talking about my own failures or sharing an example of what not to do. It may also mean creating a space for scheduled testimonies that emphasize the power of God over sin.

For the church member, it will involve being open about your own past and present sin struggles in private conversation. If people know that you’re “human,” they are much more likely to come to you for help. And if they do come for help, then you have a couple of exciting opportunities! First, you can point them to God’s grace. But you could also follow up with them for counseling and accountability or direct them to someone else who is better equipped to do so. If there is a specific sin that the Lord has given you victory over, you may even consider bringing your pastor into the loop so that you can be a resource for others who struggle in that way.

Second, we must purposefully acknowledge the specific sin struggles that people in our culture face. This includes things like alcohol and drug addictions, pornography, same sex attraction, lying, cheating, stealing, eating disorders, domestic violence, gambling, etc. Even if I myself have not struggled in one of these areas, I can talk about them in such a way that I do not give the impression that it’s only “weird people out there” who face stuff like this.

Finally, we must work together to foster a culture in which we run to sinners, not away from them. This means gospel engagement with all segments of our society, even the ones that make us uncomfortable. It means that when a visitor comes through our church doors, we greet him with a warm smile, a handshake, and a few thoughtful questions, no matter how much different than us he looks or acts. It means that when we know that a fellow church members is struggling, we run to him or her like the Good Shepherd, in search of a lost sheep.

We must cultivate a culture in which it’s okay not to be okay, as long as you’re seeking grace.

Such a great truth Pastor Kris! That is one of the main reasons we love Lifepoint so much. We are all imperfect, sinful people seeking God and His grace. I love that both of our Pastors and their wives are examples to us by being open and honest with their personal struggles as we all grow together in the Grace of our Lord Jesus Christ. Just because I'm old doesn't mean I have it all figured out. In fact, quite the opposite. The older I get and the more I learn, the more I realize I know nothing and need other Christians to help me through life's struggles. I'm so glad for Lifepoint!