This is the final lesson in our Peacemakers series. I hope it’s been helpful! Lord-willing, we’ll take some time at the end of this lesson for testimonies about how God has used this series in your life, so as I’m teaching, think about what you might share.

I’d like to begin by reviewing the entire series. So I’m going to show some slides to remind you of what we learned in each lesson. Hopefully this will spark some memories for those testimonies later.

So now that we’ve covered all that, you’re all perfect peacemakers and you’ll never struggle with conflict ever again, right? (Wrong!) But now you know what to do! And as long as you follow these specific steps, all of your conflicts will be resolved, right? (Again, wrong!) Why? Because people are sinners, so even if you do everything right, sometimes they won’t respond. So what then? Please turn to Romans 12:14-21. We’ll be primarily in this passage and then in 1 Peter this morning (Romans 12:14-21).

When people refuse to be reconciled with us, our natural inclination is either to strike back or to walk away. But according to this, as well as other passages, we don’t have that option. What is our primary weapon for overcoming evil, according to this passage? (good; “Overcome evil with good.”)

Does that seem like a wimpy answer? Does it seem naïve? I want you to consider the example of Jesus. Let me ask you a question: Is Jesus a conqueror? (Yes!) Did He defeat any enemies? (Yes He did!) Now there’s an aspect of that victory that is “not yet,” but the New Testament is also clear that Satan was defeated at the cross! And not only Satan, but sin and death! How did Jesus do it? He suffered and died on a cross.

I’d also call your attention to the example of the early church. When you think about the rapid growth and success of the gospel in the first three and a half centuries A.D., it is staggering! At the Last Supper, Christianity consisted primarily of Jesus and His twelve disciples (who, by the way, were mostly uneducated). But by the middle of the fourth century, the early church had conquered not only Judaism, but the mighty Roman Empire! Emperor after emperor sought to crush the early church through vicious persecution, only to see it thrive and flourish even more–until in 380, Christianity became the official state religion! How did they do it? Did they form an army and attack Rome? No! They preached, they prayed, they wrote, and they did good to all men, even to their persecutors.

So let’s talk briefly about some specific ways to overcome evil with good.

Is it ever hard for you to control your tongue? It’s especially difficult when someone has used their tongue against you, isn’t it? Our natural instinct is to fight fire with fire. But in doing so, we only make the problem worse.

The book of Proverbs says, “A soft answer turns away wrath, but a harsh word stirs up anger.” Have you ever witnessed that? Have you seen someone calm a situation with gentle words? Have you witnessed the opposite effect?

But notice that it goes deeper than that. We are supposed to bless those who curse us. What does that mean? It means that you are praying down blessings on your persecutors; and in order to do that, you have to love them. By the way, can you think of someone who did that? Of course, Jesus, who prayed, “Father, forgive them, for they know not what they do.” We also might think of Stephen, who prayed, “Lay not this sin to their charge.” Pray for God to transform your heart, so that you can pray like that.

This one’s not necessarily in the two main passages we’re considering, but it’s still worth mentioning.

The Bible talks often about the importance of surrounding yourself with God-fearing people. And that’s especially important when you’re struggling through significant conflict.

First, you need friends who encourage you to persist in righteousness, even though it doesn’t seem to be “working.” And don’t settle for friends who just tell you what you want to hear! Look for people who are willing to challenge you! Sometimes you’ll get into unbiblical ways of thinking. Other times, your perception of the situation will become distorted. That’s why you need people to correct you and bring you back to reality!

Also, besides that, you may need counsel from wise, experienced Christians on how to handle specific situations.

So the expectation of Peter and Paul according to these passages is that when Christians persist in doing what is right, they will often be vindicated, even by unbelievers. When you just constantly do good, and refuse to be drawn into an argument, and forgive, and bless, and give respect–reasonable people are going to admit, “She’s right, and he’s wrong.” In fact, Peter and Paul expect that even the person you’re in conflict with will have to admit that you’re right! Peter says, “The goal is that your persecutors will glorify God on the day of visitation! There’s some debate about that phrase, but the idea seems to be that they will repent and be saved!

The same concept shows up in Romans 12 (Rom 12:19-20). You may have heard debate about what the “coals of fire” stand for. We won’t get into the various views; I’ll just say this: but the best interpretation is that they stand for the shame produced in your enemies when you repay good for evil.

When you do that, you’ve pulled the rug out from under them, so to speak. They have no ground to stand on–no good reason to go on being mad you–which means that they have to face their own ugly sin. That’s unpleasant… but it’s also the best thing that could ever happen to them.

Can you think of a Bible character who shamed his enemy with good works? How about David? God gave him two opportunities to kill Saul, but he refused to do so. The first time, Saul was relieving himself in a cave. David happened to be hiding in that same cave–so close to Saul that he cut off the corner of Saul’s robe.

The second time, David and Abishai snuck into Saul’s camp while he and his men were sleeping, and David took the spear and jug of water that were laying by Saul’s head. Abishai said, “Please, let me kill him!” But David said “No.” He said, “As the LORD lives, the LORD shall strike him, or his day shall come to die, or he shall go out to battle and perish. The LORD forbid that I should stretch out my hand against the LORD’s anointed….”

You see, Abishai thought that God’s will for David in that situation was for him to rid himself of his enemy. But in reality, God’s will was for David to vindicate himself and set an example for posterity. Because of these two situations, any reasonable person would clearly see that David was in the right and Saul was in the wrong. Even Saul himself was forced to admit that (1 Sam 24:16-22)!

Unfortunately, in Saul’s case, his repentance was short-lived. But his prediction came true. David became king, and Israel was established in his hand. David’s prediction came true, as well. One day, Saul went out to battle and never returned. You see, God avenged David, so David didn’t not need to avenge himself. And he didn’t have to live with a guilty conscience, either, because he had done what was right.

So no matter how badly the other person has treated you, keep doing right, and never seek revenge! Don’t think about it, don’t dream about it… don’t let even a whiff of it into your soul! Instead, leave it to God to repay.

This is a very important verse, because it teaches two important truths. Number one, you must do everything in your power to pursue peace. Don’t give peacemaking a half-hearted effort! Give it 110%!

But this verse also teaches that you are limited in your ability to resolve the situation. Even if you do give 110%, sometimes it won’t work out. Notice it says, “as much as it depends on you.” In other words, you can’t force the other person to do what’s right. If you have honored God and given it your full effort, that’s enough. You are not required to continue actively seeking resolution.

Now you should keep praying for the other person, and you should take every opportunity to do good to him, according to these verses. Also, if circumstances change, and another opportunity presents itself… by all means, pursue peace! But in the meantime, don’t worry about it. You haven’t failed; you’ve done what’s right. So someone is else is mad at you… you can’t control that! You did everything you could do. And it’s probably unwise to waste time, energy, and resources trying to force the issue. Because the fact is, you can’t control the other person! So just give it to God and move on.

Again, some people would say that those responses sound weak or passive. But Paul refuses to be read that way (v. 21)! If you give in to vengeance, you will become what you are fighting, and evil will prevail.

It’s interesting how even unsaved people pick up on this. I’m thinking of the Star Wars movies where sometimes a bad guy will tempt a good guy to “pick up that lightsaber and strike me down.” Why would the bad guy say that? Because he knows that if the good guy succumbs to anger, he will become a bad guy, and evil will prevail. So Paul says, “Don’t let that happen!”

Instead, do what? (Overcome evil with good.) When you “love your enemies, bless those who curse you, do good to those who hate you, and pray for those who spitefully use you and persecute you,” in obedience to Christ, it is not a matter of rolling over and playing dead. You are utilizing one of the most powerful weapons at your disposal. Paul is not telling you to surrender; he’s urging you to fight evil with the only weapon that can ultimately destroy it: goodness. 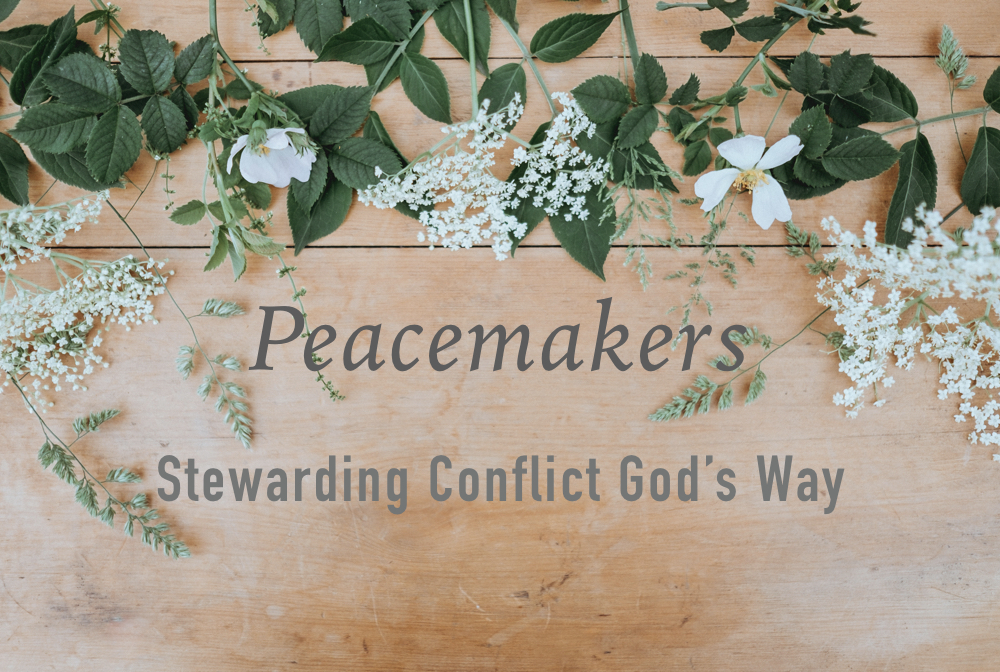