#MeToo and the Christian

This morning, we are going to take a break from Colossians, and I want to address an issue that has been stirring in my mind for several weeks, and I thought Father’s Day would be an appropriate time to address it. My title is, “#MeToo and the Christian.” If you aren’t familiar with #MeToo, it’s a social media hashtag that picked up steam last fall and has been used as a rallying cry against sexual abuse and harassment.

The movement began last fall after all sorts of allegations were made against Harvey Weinstein. He was a powerful Hollywood film producer, but multiple dark stories came to light about his abuse of women, including some high profile Hollywood actresses. And other dominoes began to fall. Matt Lauer was booted off the Today Show after multiple NBC employees made accusations against him.

And maybe the darkest moment was the trial of Larry Nassar in January. Nassar was a team doctor for USA Gymnastics and Michigan State University. He was sentenced to hundreds of years of prison time after over 265 women, including several high profile USA gymnasts accused him of inappropriate sexual behavior. The things he did, and the fact that he was enabled to continue such evil behavior for so long, shocked the nation.

But we might think, “Yeah, that’s terrible, but what do you expect from unbelievers?” But then over the past couple of months, #MeToo has brought to light a dark side of many churches and Christian institutions. In March, the Chicago Tribune ran a long article detailing allegations of sexual misconduct against Bill Hybels, who is the pastor of Willow Creek, and a major figure in church growth.

And in the last month the Southern Baptist Convention has come under the microscope of about every major media outlet over a series of allegations against high profile figures. The most significant figure has been Paige Patterson, and Patterson has never been known as some sleazy wolf-in-sheep’s-clothing. For decades he has been a central leader in the conservative resurgence in the SBC. There have been so many charges against multiple leaders that just this week at the annual meeting of the SBC, they passed a resolution affirming the dignity of women and denouncing sexual abuse.

It’s been painful to see all the secular news sources talking about perversion in the church, but it’s been especially painful to realize how often these things are happening in Christian contexts where more than any other women should be honored and protected.

For example, Beth Moore chimed in recently on some of the inappropriate behaviors she has experienced in Christian contexts, and one example she gave stood out to me. She states, “About a year ago I had an opportunity to meet a theologian I’d long respected. I’d read virtually every book he’d written. I’d looked so forward to getting to share a meal with him and talk theology. The instant I met him, he looked me up and down, smiled approvingly and said, ‘You are better looking than...’ He didn’t leave it blank. He filled it in with the name of another woman Bible teacher.” Of course, that’s nothing like what Larry Nassar did, but I was amazed that a Christian leader would feel comfortable saying such a thing unashamedly.

But maybe you are thinking, “Yeah, he shouldn’t say that, but these women need to stop being so sensitive.” In some circumstances out in the secular world you may be right, but they shouldn’t have to in the context of the church. There is no room in the biblical ethic for the kind of comment that Beth Moore referenced, much less the more serious abuses and mistreatments that have come to light.

And so today on Father’s Day, I want to challenge us to obey God’s design by honoring women in our hearts and in our actions and by not tolerating anything less from each other. With the rest of our time, I’d like to answer 4 questions in an effort to articulate what the Bible says on this subject and how we must respond. First…


I.  What does the Bible say about the value of women?

II.  What does the Bible say about male headship?

III.  What does the Bible say about sexual purity?

IV.  What does this mean for us?

Folks, there is no place on earth where women, children, and anyone else who is weak should feel more at home and more loved than in the church. Let’s be a people of holiness and love that honors and protects ever person. 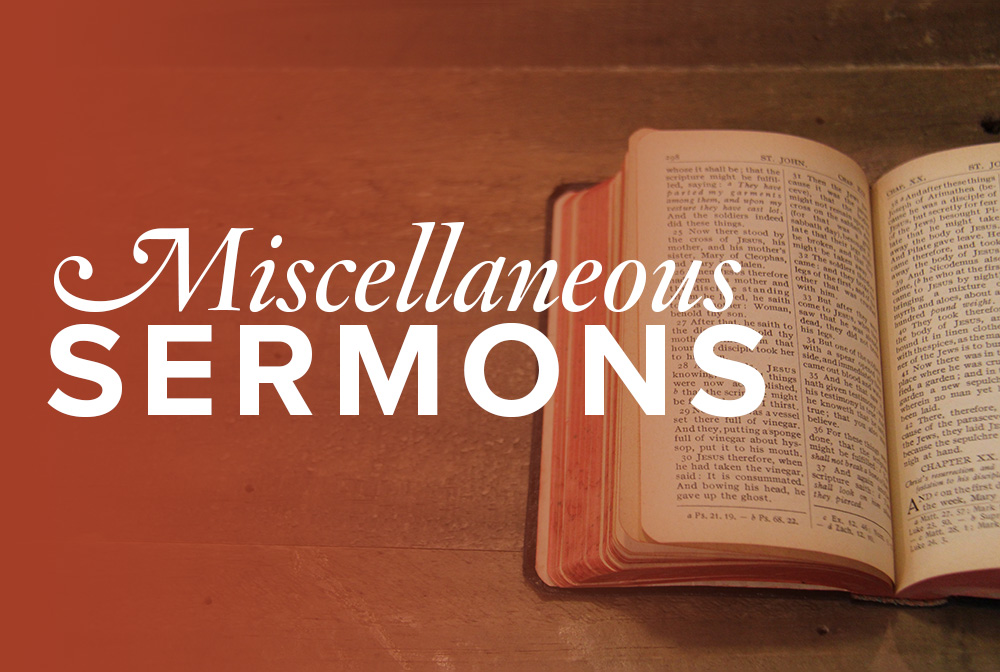