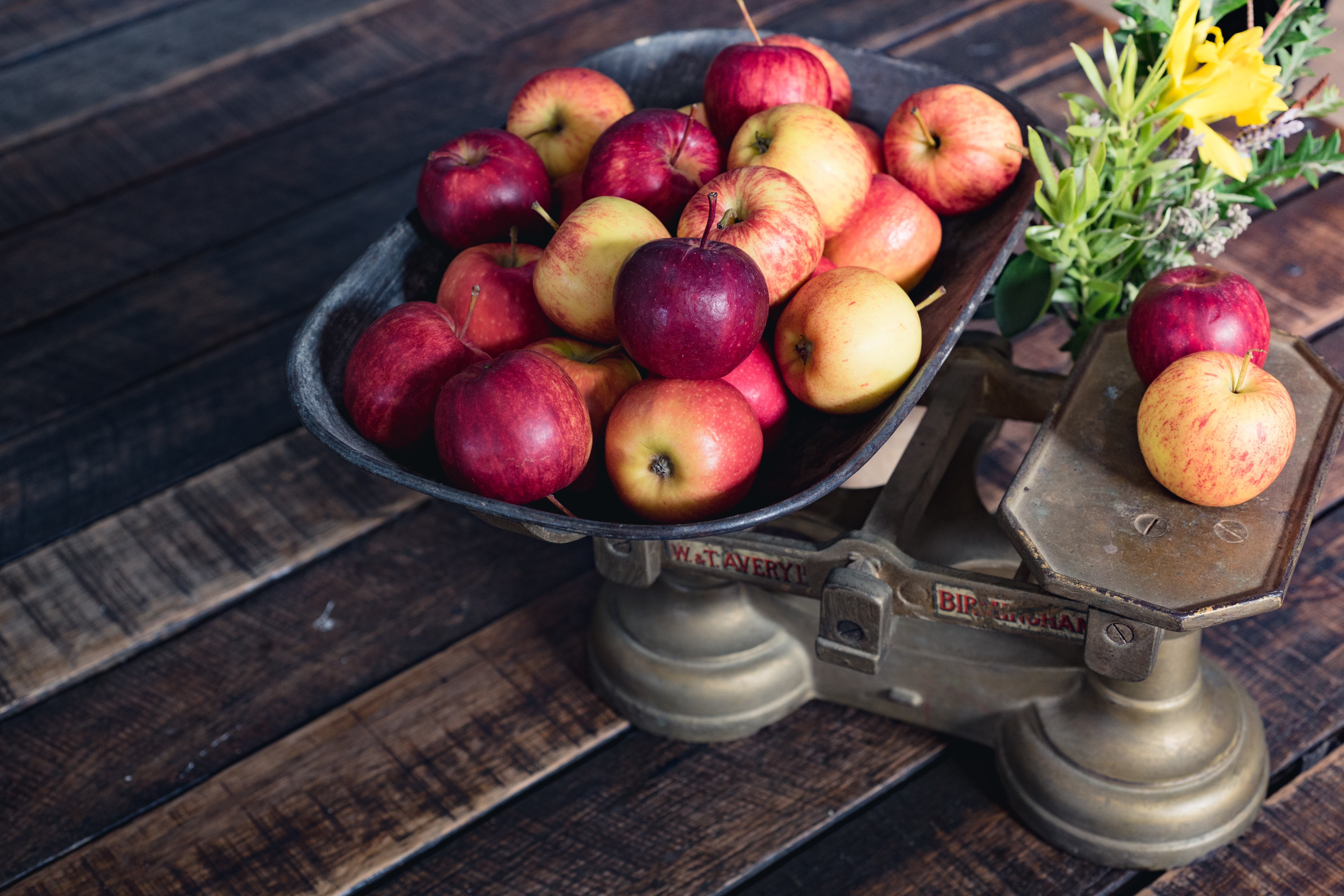 Peter stated our priority pretty bluntly, when the Jewish authorities commanded him to stop preaching the gospel. “We ought to obey God rather than men” (Acts 5:29). The principle is clear, but oftentimes, the application is not. For example, if an unbelieving parent tells his teenager not to go to church on a given Sunday, does Acts 5:29 give him justification for disobeying his dad? Would he be disobeying God by obeying his dad?

In his book, Step by Step: Divine Guidance for Ordinary Christians, James Petty makes a helpful distinction between “Things Prohibited” and “Application of God’s Positive Commands” (p. 103). “Things Prohibited” refers to all of the activities, ideas, and desires which Scripture commands us to avoid entirely. These things are always sinful, unless the Bible gives a clearly defined exception. Petty calls them “Things Prohibited,” because almost all of them are things that God commands us not to do vs. things that we should do. Some examples would be worshipping a false god, murder, stealing, immorality, and sexual lust. The application of these commands in any scenario is absolutely clear. For example, a young man doesn’t need to pray about whether or not committing immorality with his girlfriend is right, because God’s answer is always the same. A biblical example is found in Daniel 3. When Nebuchadnezzar commanded Shadrach, Meshach, and Abed-Nego to worship an idol, they choice was obvious. It is never right to worship a false god, no matter what other factors are at stake.

But when it comes to “God’s Positive Commands,” we often don’t enjoy the same clarity. This is because God’s positive commands often pull us in different directions, and God expects us to discern which one should take priority (Norman Geisler calls this “Graded Absolutism” [Christian Ethics, pp. 97–115]). Jesus affirmed this challenge in Matthew 12:1–13, while discussing the Sabbath. Within the OT Law, the Sabbath was very important. The 4th commandment is to “keep it (i.e., the Sabbath) holy” (Ex 20:8). But Jesus taught that other priorities occasionally trump the Sabbath. “Then He said to them, ‘What man is there among you who has one sheep, and if it falls into a pit on the Sabbath, will not lay hold of it and lift it out? Of how much more value then is a man than a sheep? Therefore it is lawful to do good on the Sabbath’” (Matt 12:11–12). In other words, there are times when pressing needs take priority over the 4th command. The lesson for us is that when God’s “Positive Commands” pull us in different directions, we are responsible to discern which command should take priority. We can’t just pick which one we prefer and disobey the other.

This principle is important to this blog post, because it means that we can’t simply claim that any and all of God’s positive commands necessarily justify disobedience to authority. Afterall, obeying authorities is itself an important positive command (Ex 20:12; Rom 13:1–4; Eph 5:22; 6:1, 5; Heb 13:17; 1 Pet 2:13–20). Rather, we must discern if obedience to the authority or the other positive command should take priority. But how do we arrive at a decision? Generally speaking, there must be a significant greater good at stake to justify disobedience.

This week, I heard a pastor argue that any injustice by an authority justifies disobedience. It sounded good, but 1 Peter 2:18–20 teach that it’s not so simple. God commands slaves to obey harsh masters, even at great cost to themselves and their families. This is important, because it means that not just any “greater good” justifies disobedience. Rather, it must be a very important good. I see 3 broad priorities in Scripture that repeatedly drove godly men and women to disobey authority.

The Bible consistently teaches that God’s glory is the highest priority in the universe (Isa 42:8; Rom 11:36). As a result, the 1st 3 commandments concern worship and reverence for God (Ex 20:1–7). Therefore, godly men and women throughout Scripture often suffered great loss in defense of God’s glory. Paul commanded the Corinthians “flee from idolatry” by not participating in pagan feasts (1 Cor 10:14–22), even though there was surely great personal cost. A similar concern forced Daniel to refuse Nebuchadnezzar’s food and wine (Dan 1:8). Yes, he was also concerned about the Mosaic dietary restrictions, but there were no restrictions on wine. Therefore, the only reason Daniel would feel compelling not to drink Nebuchadnezzar’s wine was because it was associated with pagan worship. Therefore, Daniel “purposed in his heart” that he must make a clear stand for God’s exclusive glory, even if it meant disobeying the king and losing his life.

We must be willing to make the same stand. If an authority ever demands that we give an unclear signal regarding God’s exclusive glory, we must disobey. God’s glory takes priority over obeying human authorities.

Jesus was generally deferential toward the Roman occupation and taught his disciples that they should pay their taxes (Matt 22:21). But when the Sanhedrin challenged Jesus’ preaching mission, he never complied (Matt 21:14–17); he only adapted for his own safety (John 11:53–54). And the early church embraced his example. Peter declared, “We ought to obey God rather than men” (Acts 5:29), when the Sanhedrin banned Christian preaching.Many early believers suffered great loss and even death, because they were compelled to preach Christ above obeying authorities.

These examples and others teach that the advance of the gospel takes priority over obedience to human authorities. If an authority ever demands that we remain quiet about the gospel or the work of disciple making, we must obey God over men.

Because mankind bears God’s image, every human life is precious (Gen 9:6). Therefore, protecting human life is so important that it justifies disobedience to authority. We have the right to defend ourselves against bodily harm or death, and we are responsible to defend and protect others (Ps 82:2–4). For example, Exodus 1:20–21 state that God blessed the Hebrew midwives for disobeying Pharaoh’s command to murder Hebrew boys. And God clearly approved of Jonathan protecting David from Saul’s attempts to kill him.

Based on this value, those who sheltered Jews from the Nazis were just in doing so. Dietrich Bonhoeffer and others were also right in conspiring to assassinate Adolf Hitler, since killing him would have saved many lives. On a more practical level, a woman is justified to flee an abusive husband in order to defend herself and her children. In sum, human life and especially the lives of the poor and the weak are precious to God. When human life and security are at stake, the Bible teaches that protecting human life trumps obedience to authority.

In conclusion, if a human authority ever commands you to stop doing something you believe is right or to do something you believe is wrong, don’t simply assume God approves of disobedience. Rather, you should evaluate what type of command is a stake and what values are at stake. God may want you to take a courageous stand for a precious biblical value, or he may want you to humbly submit to injustice, while committing yourself “to Him who judges righteously” as Christ did (1 Pet 2:23).

These are complicated issues. Therefore, we need to know our Bibles, know the heart of God, and think deeply, not just about what the Bible tells us to do, but why it tells us to do it. And ultimately, we need to pray that the Lord gives us wisdom, “That you may approve the things that are excellent, that you may be sincere and without offense till the day of Christ” (Phil 1:10).

I maintain the governor is stopping churches from ministering to their flock and not allowing preaching gospel. Therefore we are more that justified in opening up our church. "We ought to obey God rather than Man." Many do not know this, but our Constitutional Republic allows us to challenge illegal government actions. Do you know who agrees with me? The United States Attorney General, William Barr who is a Christian.

Excellent!! Confusing times for sure, but Gods word has the answers. Thx for sharing!