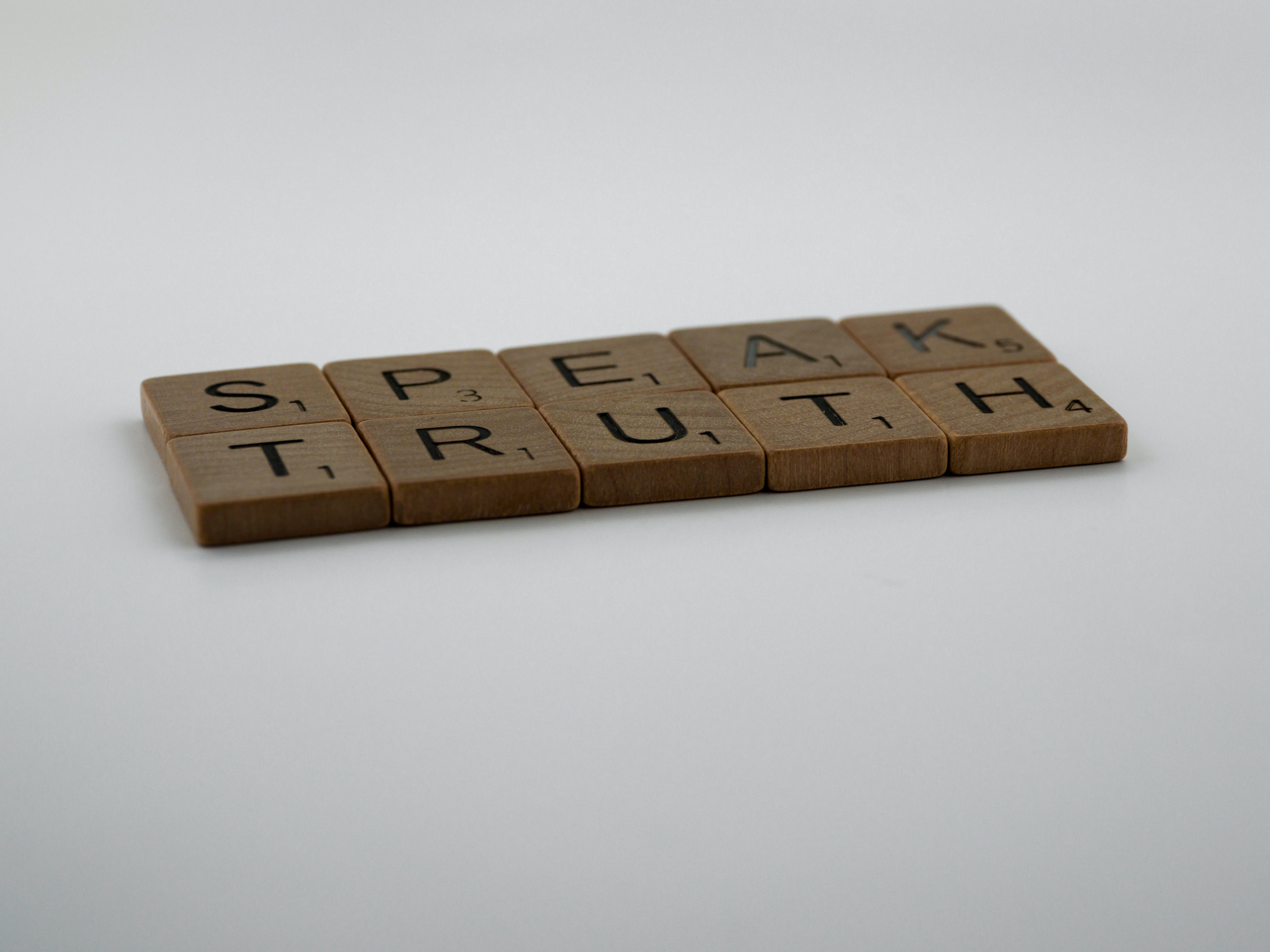 I am increasingly concerned that Christians are following the culture’s lead as it spirals toward emotionalism and nonsense. Tabloids and gossip columns have long influenced the fringes of culture, but nonsense has become mainstream on both the Right and the Left. Americans feast on conspiracy theories and hyper-sensationalized blogs, YouTube channels, etc. Oftentimes, traditional news sources aren’t far behind. We are addicted to the sensational, and we are more interested in what we want to hear than we are in the truth. Sadly, Christians are often swept into the nonsense. They are not marked by the fruit of the Spirit (Gal 5:22–23), they are distracted from biblical priorities, they cause division within Christ’s church, and Christ’s name is blasphemed. Therefore, we must remember that Christianity is a religion of truth, and we need to think about how to be lovers of truth in an age of nonsense.

Our world increasingly believes that everyone can have their own truth and that the highest virtue is to cling to whatever “truth” arises from your heart. In contrast, Christianity is founded on absolute truth, and this truth resides outside of me. I’m not free to create my own reality. Specifically, truth begins with the character and revelation of God (Prov 1:7). Therefore, the fundamental goal of Scripture is not to express the authors’ feelings or dreams but what is true, what actually happened, and what this means for how I think and live today and for eternity (Luke 1:1–3; John 17:17). As a result, Christianity is not fundamentally a religion of feelings or self-expression; it is a religion of truth. Liberals claim to have a corner on science, but no one should be more committed to truth, logic, and rational thinking than Christians.

The Bible teaches that loving the truth is essential to godliness. “Every prudent man acts with knowledge, but a fool lays open his folly” (Prov 13:16). Godly people do not make rash, impulsive judgments or decisions; they “act with knowledge.” “The simple believes every word, but the prudent considers well his steps” (Prov 14:15). Christians should be marked by thoughtfulness and intentionality, not by the reactionary impulses of our day.

This includes how we consume media and participate in conversation whether private or public. Christians should despise lies, gossip, and unfounded speculation. “The heart of him who has understanding seeks knowledge, but the mouth of fools feeds on foolishness” (Prov 15:14). Do you “feed on foolishness,” or do you “seek knowledge”? Or how about the emphasis of this proverb, “He who answers a matter before he hears it, it is folly and shame to him” (Prov 18:13). Our society is quick to make assumptions and spout opinions, but God says, “Let every man be swift to hear, slow to speak, slow to wrath” (James 1:19). Christians must passionately pursue the truth and speak the truth. We should be slow to speculate or share unfounded opinions, because gossip and slander are serious sins that are contrary to truth and love. No matter how undignified our culture may become, we must remain a people of truth. How can we do this?

#1 Keep your mind anchored to God’s nature and the gospel.

Much of the nonsense in our culture feeds on pride. We want to know something that no one else knows. We want to believe, “I am smarter than the simpletons around me.” This is one reason why conspiracy theories are so popular. The desire for higher knowledge is nothing new. Paul confronted it in Colossians and urged his readers to, “Beware lest anyone cheat you through philosophy and empty deceit, according to the tradition of men, according to the basic principles of the world, and not according to Christ.” What’s the solution? Don’t worry about being smarter than everyone else; rather stay anchored to the basics, “For in Him (Christ) dwells all the fullness of the Godhead bodily; and you are complete in Him, who is the head of all principality and power” (Col 2:9–10).

Fear also feeds a lot of nonsense. People speculate about horrible events that may happen, and they scare people. We stew and fret, and then we speculate and gossip. However, Christians are not people of fear but of confidence, because we know God is in control and his purposes are always good. If you walk in the fear of the Lord with a clear vision of eternity, you won’t obsess over the future but leave it with Jesus (Matt 6:25–34).

I must preface this by saying that Scripture teaches the doctrine of depravity; therefore, it commends a certain level of skepticism about the tendency of sinners to lie and deceive. However, I’m concerned that many Christians have blasted past rightful skepticism into nonsensical fear-mongering. They assume the worst of others, and they see conspiracies and evil under every bush. While it’s true that sinners are depraved and selfish, the Bible also teaches that God’s common grace and conscience are active among all people. Therefore, biblical love does not assume the worst; it assumes the best, unless there are objective reasons for thinking otherwise (1 Cor 13:7; Gal 5:13–15). As well, if we are committed to truth and rationality, we will lean toward the simplest explanation (Occam’s Razor) of people’s actions, not the most complex one.

For example, to assume there is a widespread conspiracy within our health care system to destroy people’s health is not rational or consistent with common grace. As well, you may have legitimate disagreements with your political opponents, but be cautious about assuming the worst, most complicated intentions for every decision they make. Therefore, as an example, you may have valid concerns about a mask mandate, but you shouldn’t immediately assume evil intentions drive the policy. Rather, we should at least begin with the simplest and most loving conclusion—health officials and government leaders are trying to preserve life.

#3 Eliminate influences that feast on speculation and gossip.

Speculation, gossip, etc., appeal to our pride, curiosity, fears, and prior assumptions, but they should turn our stomachs. God commands us to think on truth and all that is virtuous and to eliminate everything to the contrary (Phil 4:8). You may think gossip and speculation about conspiracies, etc., are innocent forms of entertainment, but God says they are contrary to love, “(Love) does not rejoice in iniquity, but rejoices in the truth” (1 Cor 13:6). They also distract from godliness and divide God’s people. Paul warns, “Nor give heed to fables and endless genealogies, which cause disputes rather than godly edification which is in faith” (1 Tim 1:4). “Reject profane and old wives’ fables, and exercise yourself toward godliness” (1 Tim 4:7). The applications are obvious. You need to eliminate all media, social media interactions, supposed Bible preachers and teaches, etc., from your life that feast on speculation and gossip. Instead, think on truth and pursue edification. Be a lover of truth.

Discernment begins with comparing everything with Scripture. It’s worth emphasizing that this extends beyond simply evaluating factual claims; it also includes evaluating the values and affections that undergird what is said. Ask yourself, “Does this encourage or discourage the fruit of the Spirit?” From there, be serious about the truth. When you read the news or do research, demand things like strong credentials, good sourcing, quality editing, and thorough peer reviews. These things have long been required of trustworthy academic research and sound journalism, because they hold truth claims and opinions accountable. Now, I’ll be the first to admit that much of academia and the media are openly opposed to biblical Christianity and morals. Again, we need to read with discernment, but it’s also foolish to dismiss traditional sources, while hanging on every word by some blogger who has no accountability.

Discernment also requires that I guard against confirmation bias. In other words, we are all sympathetic toward those who tell us what we want to hear or believe or that feed our prior fears. We like sitting in an echo chamber; however, confirmation bias kills discernment. Resist it by listening to opposing viewpoints, at least where Scripture is not explicit.

It bothers me how often our conversations, social media posts, etc., tilt toward unhelpful speculation instead of truth. We’re more interested in expressing how we feel or what we want to believe than in the truth. Don’t be that person. Speak truthfully, and be cautious about speculation and hearsay. Draw clear lines in your own mind between truth and opinion, and be clear when you are sharing opinions.

In conclusion, no one should be more committed to truth and charity than Christians. Let’s commit to pursuing and speaking the truth, and let’s demonstrate love in how we listen and in how we speak. And let’s do all things for the glory of God and the edification of his people.

Too much is being stated as truth but is not. When I read my Bible and see the truths it makes it easier to respond to them That is the message I got from you. Read the Word of God and follow it. This will guarantee that I am doing what God wants me to do and keeps me from pushing my own agenda.

Thanks Pastor Kit for your message of truth. I will obey what our bible tells us. sorry I will not be attending church, but I do see and listen to you on my TV. I do pray for you and Pastor Tim each day and your families.

Dear Pastor,
Thank you for this, I agree completely with everything you addressed!! This is very timely, and much needed encouraging truth!! Thank you for your love and care and concern for all of us! We are truly blessed to have a pastor who leads the flock with biblical truths!!